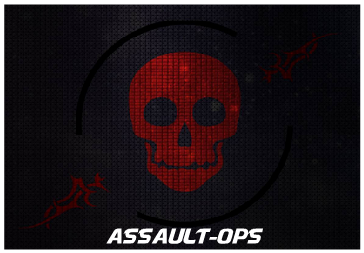 You are not connected. Please login or register

ASSAULT-OPS » General Discussion » FAQ » Pics and Videos » How to make a video | How to post a video?

How to make a video | How to post a video?

Free Screen Video Recorder is a compact, yet full-featured screen video recorder and screenshot capture tool that allows you to easily record screen activities and capture anything on the screen including windows, objects, menus, full screen and rectangular regions.
You can choose to save captures to file, clipboard or print them out directly from the program window.
Built-in editing tools include basic functions like resizing, cropping and rotating.
Free Screen Video Recorder saves video files as AVI and image files in BMP, JPEG, GIF, TGA or PNG formats.
Free Screen Video Recorder contains no spyware or adware. It's clearly free and absolutely safe to install and run.

HyperCam captures the action from your Windows screen and saves it to AVI (Audio-Video Interleaved) movie file. Sound from your system microphone is also recorded.
HyperCam supports text annotations, sound, and screen notes (great for creating automated software demos and software training!). You can also select Frame rate and compression quality prior to recording your movie.

Using UVScreenCamera you can easily create animated demo or tutorials by recording your computer's desktop activity, including all mouse movements, window graphics, mouse clicks and everything else you see on screen.

1. Run UVScreenCamera
2. Show everything that you want user to see
3. Stop UVScreenCamera
4. Save your film as UVF, EXE, AVI, SWF, FLV, GIF-animation

Debut video capture software is designed to be very easy and intuitive to use, giving you the ability to record essentially any video by capturing video from a webcam, your screen, or a video input device, such as a VHS recorder, within minutes of downloading.

One-click screen capture recording on Windows or Mac computers with no install for FREE!
Just click on the button to start recording.
Or you can download an application that you can launch from your Start menu.

There are many other programs, like Fraps and Bandicam, but they're paid.

ASSAULT-OPS » General Discussion » FAQ » Pics and Videos » How to make a video | How to post a video?